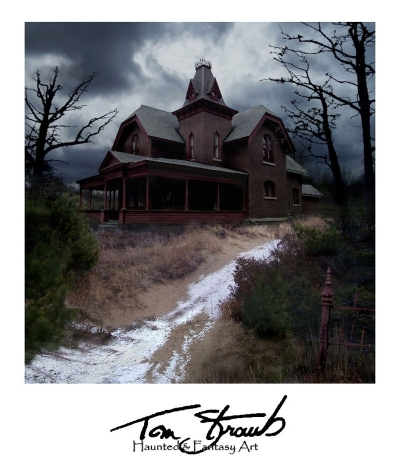 The guy who ran the investigation from The Seekers of Truth, last night was ultra happy, saying it was one of the best investigations he had been on. Everyone had something happen, whether that was seeing, hearing, feeling, or photographing. Many of the things reported, were stuff that I already knew of, but have not publicly spoke of. Always nice to see new faces coming up with the same stories.

There were some new stories as well, stuff we only heard of on one prior investigation, very cool to have something so new collaborated by others who do not know of the first group.I'm hoping to see some photos or hear some of the EVP's when they folks that took part have time to get a look at the 8+ hours of stuff they have.

Apparently there were a few amazing photos taken.

We have a few already, but its always nice to see more of that sort of thing. I'll put up one or two is anything really cool comes up.

I try to avoid posting everything so that anyone new to the house will have their own feelings and experiences without being influenced by what others saw in the middle bedroom or the hallway to the kitchen.