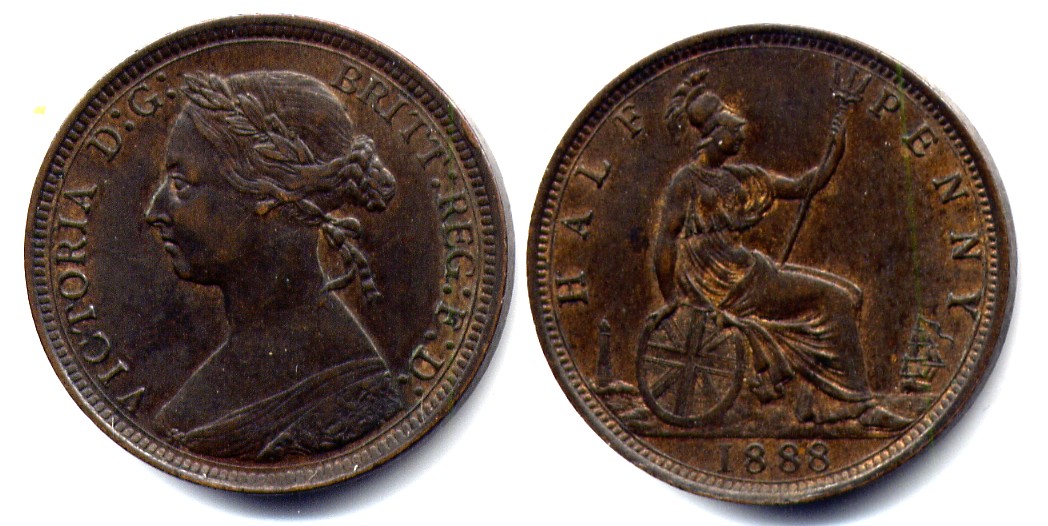 Well, before I head off for the night I have a few things to share with all you Ripper fans. I just became the proud owner of an English half penny on which the date is.... 1888.
Now, given that the prostitutes that worked the streets in that time would ply their trade, the charge levied for said services was three pennies. The cost of lodgings for a night was the same, three pence.

The thought that perhaps, (a long shot agreed), that this half penny may have been in the hands of a Whitechapel Road prostitute during the autumn of 1888, the very time in which Jack the Ripper was doing his/her dirty business, is simply awesome.

Big thanks goes out to my friend Lindsey O'Connell for spotting and thinking, rightfully so, that I would like something like this.