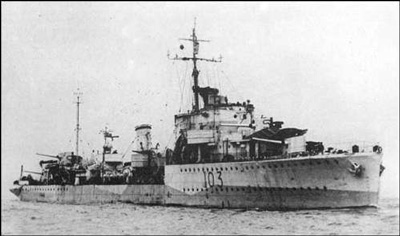 I hope that everyone is doing well on this Monday evening.
Remembrance Days is only a few hours away now and with that, I thought I would take a moment to honour my father. He served with the Royal Navy aboard the HMS Icarus throughout WWII.

There aren't many photos of the Royal fleets destroyers available, but I do have a few on hand thanks to numerous sources. The one pictured here was likely taken in the North Atlantic as the ship is stencilled in her North Atlantic colour scheme. Most probably coming into port at the mouth of the Themes River.
Despite being damaged several times, once severely, she was never sunk and served in the front lines during the invasion of Normandy Beach on D-Day, in the hunt for the Bismark, as well as being one of the first British vessels to be fitted with Asdic, the first underwater sonar used for detecting submarines. She was retired in 1946 and disassembled in the Scapa Flow shipyards, Scotland.

My dad passed six years ago at the age of 89.

Thanks for doing what I cannot even image having to do.